the branch of mathematics dealing with the relations of the sides and angles of triangles and with the relevant functions of any angles.

Trigonometry in its core has a very simple foundation. Although being so simple, it blows my mind that its the base to all the complex maths that exists.

Pythagoras theorem itself doesn’t have anything to do with the base angle. But having it in the picture will make it easier for us to understand going forward, as base angle θ is very important in trigonometric ratios.

Representation of a point on Cartesian and Polar plane

Visualizing data on a Radial diagram

To start visualizing data on a radial diagram, first of all we will need to determine what kind of data we are dealing with.

A discrete series data can be plotted in a Spider diagram.

Brewmaster has discrete data of its attributes. Each attribute’s name is plotted on x-axis and value of that attribute on the y-axis.

On a radial diagram each attribute will have its own axis (with varying angle) and the value is plotted on it in the form of distance from the center (origin).

The data we are using is a discrete series, hence the conversion will have fixed axis for each attribute. We will use unitary method to get the angle of each axis, by dividing 360 degree (2π radians) by number of attributes.

So if we consider 25 is the maximum value on any attribute. The maximum radius of the plot will correspond to that.

Plotting on a cartesian coordinate

Once the data is transformed to Polar form, We will need to calculate the position of each data element on the diagram itself as drawing on an SVG or canvas requires us to have things in cartesian coordinate.

Periodic data can indeterminately be plotted on radial diagram as θ cycles every 360 degree or 2π radians.

What could be a simple example of that.

After brainstorming a little bit, I ended up with a tool that was invented in 14th century. It visualizes a data that continuously changes and cycles at certain interval.

It visualizes current instance of time and each component of time cycles repeatedly. Second and minute cycles every 60 times, hour cycles every 12 times considering am and pm can be assumed.

Next read Building SVG Clock using ReactJs where I have explained step by step how to build an SVG clock from scratch. You can also read my earlier blog post a tutorial on Building Radar Diagram which also uses the same fundamental concept of polar coordinates. 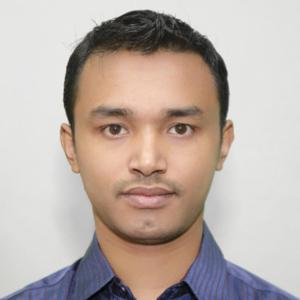